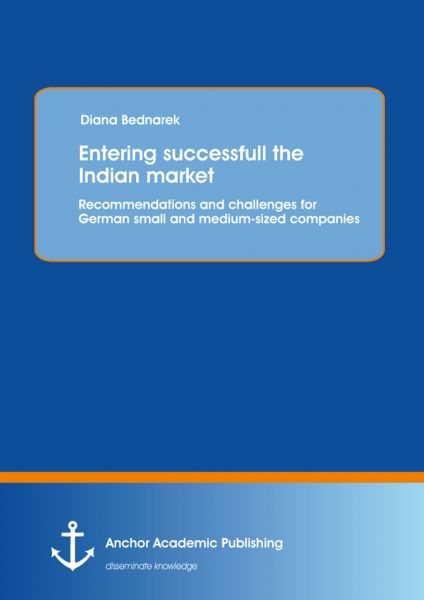 The republic India is characterized by its stable parliamentary democracy for more than 60 years. India is a union consisting of 28 federal states and seven union-territories with New Delhi as its capital city.

India is a secular democracy India and is marked by the freedom of religion as a constitutional right and India is generally characterized by its religious peaceful co-existence.

The federal states are autonomic to a large extent as they are responsible for diverse reforms, education and health. In various federal states different regulations are in effect in regard of taxes, custom duties, religious prescriptions, alcohol and so one thus crossing of frontiers can result in unexpected border controls.

As a former British colony, the British law, in particular the Common-Law-Tradition has a huge impact on India. Especially the business and the corporate law are comparable to the British, even though an independent development can be recognized.

However, the Indian court system is complicated and in particular slow due to the persistent capacity overload. In addition, foreign judgments are often disclaimed thus foreign investors attempt to clarify conflicts in front of foreign arbitration courts. In principle, the free choice of law and arbitration clauses is accepted whereupon arbitration proceedings can last between one and three years.

The Indian contract law complies with the Payroll Evidence Rule thus the whole tenor should be written down when contracts are designed otherwise important terms of contracts are not stipulated. For instance, this should be considered in regard of the discretion about trade secrets which are not automatically protected by the Indian law. A signed contract is occasionally seen as a description of a current state and can be discussed if conditions are changing. In general, Indian business partners abide by contracts and the risk of litigation is comparable to other Asian countries.

In the conflict with Pakistan about the Indian federal states Jammu and Kashmir in the northern Himalaya which is claimed by both states, the so-called Line of Control between Pakistan and India is unacknowledged by both governments as a border but accepted as a zone of ceasefire. These conflicts led to numerous terrorist attacks especially in metropolis such as in New Delhi and Mumbai whereupon several hundreds Indians died. In 2010, rebellions claimed more than 100 deaths in Kashmir. In spite of interventions of the United Nations a lasting conflict resolution could not been implemented resulting in more than 60 years of enduring conflicts and three Indian-Pakistan wars. Peace processes are required to increase the Indian domestic and international security.

India with a population of 1.170.900 million inhabitants possesses a vast cultural as well as religious diversity and a linguistic variety with Hindi and English as national languages besides 21 further constitutionally recognized languages. English is spoken by ten per cent and Hindi by 36 per cent of the Indians thus the communication between people from different federal states is complicated. Nevertheless, English is the official language of the economy and is taught in universities.

Cultural aspects profoundly influence a plenty of organizational, social, religious as well as familiar facets in India. Normally, hierarchies are fixed and lines of activities are clearly defined. Thus employees handle according to their duties whereupon inter-divisional requirements are often disregarded. On the other hand, the impact on cultural system is decreasing due to economic reforms, modern communication technologies and the globalization.

India is dominated by eight different religions whereupon the Hinduism is the most popular with a share of about 80 per cent. The Hinduism is characterized by the caste system and dominates the Indian social order. According to the Hinduism each person belongs to a specific caste whereupon the affiliation is inherent and unchangeable. Thus the social status of each Indian depends on the appropriate caste whereupon each area of life is affected. Their current personality is a result of previous behaviours and thus fewer exertions are concentrated on improving one’s present situation. Additionally, a collective goal of a family is often more important than individual objectives.

In general, members of lower castes are economically worse off than people of upper castes due to their bad educational level. Nowadays, the government assigns places in educational institutions to members of scheduled castes and tribes whereupon these people are exempt from tuition fees.

Despite of the impressive economic growth India remains a developing nation. Nowadays, 28 per cent of the population are living below the breadline with less than one Dollar per day and more than 50 per cent are living with less than two Dollars per day. Due to the huge share on the underclass, India is ranking on place 132 of 177 recorded states in the living standard index of the United Nation. Millions of adolescent are obliged to do child labour to have one meal per day thus 25 per cent of school-age children are not able to go to school, even though the employment of children under the age of 14 years is prohibited by the Indian constitution.

The prosperity gap between poor and rich people is rising and poses a challenge as the wealth needs to be evenly spread to prevent an ordeal in India. Without continuously high expansion rates and investments India is not able to get rid of its poverty and backwardness.

Proportionally more people in the age between 15 and 59 years are living in cities whereas children up to 15 years and people older than 60 years are living on the countryside. This development underlines that the work seeking population are attracted by metropolis to earn money for their surviving families. The income of the urban population is on average much higher than in rural areas thus the demand for brand, quality and consumption products is superior in metropolis.

In respect of the qualification and employment situation the Indian labour market diverges whereupon the major part of employees is unqualified or low-skilled. Most of them are working in the primary sector and 70 per cent of the rural population are unemployed. On the other hand, India possesses a substantial amount of well-trained degree holders of grammar schools and universities. By now 380 universities and 1,500 research institutes generate 200,000 engineers, 300,000 technicians and 9,000 postgraduates per year. However, many colleagues and universities that are not belonging to the top class educational institutions are not praxis-oriented. Thus the Indian society is split into a few qualified employees and many uneducated people. Annually about 13 million person are entering the job market whereby countrywide just 2.5 million apprenticeship training positions are available per year.

Public expenditures in the education system are lower than in other emerging countries whereupon investments would improve the primary and secondary education. Nevertheless, free and obligatory education for children aged between six and 14 years is a governmental effort.

The level of literacy varies regional and declines due to the urbanization. In modern federal states the share in illiterate is about zero whereas in poor federal states like in Bihar less than 50 per cent of the population are able to write or read. Furthermore, the labour market outcomes are affected by the bad educational capacities as finding a regular employment is more difficult for illiterate people.

On the contrary, India’s economy benefits from the second largest English speaking population worldwide and a plenty of non-residents have returned bringing their knowledge, experience and capital back to India.

Diana Bednarek was born in Berlin in 1983. In 2012, the author has successfully completed her Bachelor of Arts degree in International Management. During her studies, the author collected extensive practical experience in consultancy companies. Fascinated by the Indian culture and mentality, the author worked twice in India to discover the peculiarities of the country.